The Startup Scene of New Armenia: from Source of Talent to Home for Talent

Back on May 22nd, I received an email from Jack Selby of Thiel Capital: “BTW, Armenian tech scene received some great press over the weekend in the NYT, which I am sure you are aware of.” He was referring of course to The New York Times article Behind Armenia’s Revolt, Young Shock Troops from the Tech Sector. In those epic days, the tech community, together with students, strongly backed the peaceful velvet revolution in Armenia. The result was the fall of the old regime and the birth of New Armenia - The Economist’s country of the year 2018.

Parallel to the positive change in sentiment within the country, there is a growth in interest within the diaspora about engaging with Armenia not just for cultural or touristic reasons but as a society and economy for ongoing investment, growth, and inspiration.

In October 2017 we published the Armenian startup ecosystem: open secrets, big opportunities. This article is intended to provide a high-level review of the developments since then in the light of emerging new trends and opportunities.

Armenian tech marked 27%+ consistent annual growth for the last two decades. Once the Silicon Valley of the Soviet Union which accounted for 30% of Soviet military electronics innovation, Armenian tech faced years of brain drain and struggles in the 1990s.

Nevertheless, diasporan pioneers Adam Kablanian, Al Eisaian, Sam Simonian, Berge Ayvazian, and others realized the potential of the talent in Armenia and started successful businesses based on R&D of Armenian talent.

This sparked the Armenian tech revival and resulted in the presence of multinational tech corporations in Armenia. Back in 2006, Armenian tech was a tiny $71M industry - 1% of Armenia’s GDP. In 2017, the tech sector reached $765M or 7% of the GDP. Meanwhile, the tech workforce annual productivity is $50K (2017) which is 12.5x more than the country’s GDP per capita.

Roughly a dozen multinational tech corporations appeared in Armenia through the acquisition of Armenian startups that were either formed by experienced diasporans or newly emerging local entrepreneurs.

From source of talent to home for talent

The recent development shifts the paradigm of Armenia’s tech landscape. For a long while, Armenia was positioned as land to find talent. Now Armenia is a destination for talent. It’s a safe, cool, and efficient place to live. “To describe how easy everything is in Armenia. I must say that the biggest challenge I’ve had so far is finding a dryer for my apartment. Everything else is easy and quick to organize,” says Armen Rostamian, co-founder of Gruv and newly repat.

A number of initiatives actively work on repatriation and talent inflow. Repat Armenia Foundation launched in 2012 to facilitate repatriation. Based on feedback from many professionals in the diaspora, SmartGateVC launched the #landed program to facilitate repatriation of tech talent. Ministry of Diaspora initiated the Neruzh program bringing to Armenia ~50 Armenian teams from all over the world in December 2018. Another private initiative called IT is Armenia is working on the inflow of senior Russian tech talent to Armenia.

A one-way ticket to Armenia is most likely going to become the new prospect for many tech professionals in engineering and business development, making Armenia a perfect destination to rethink the future during a gap year in career or search for opportunities. Some of such cases are inspiring: read, for instance, the case of Armen Rostamian: One Way Ticket to Armenia: Project #landed by Hero House. 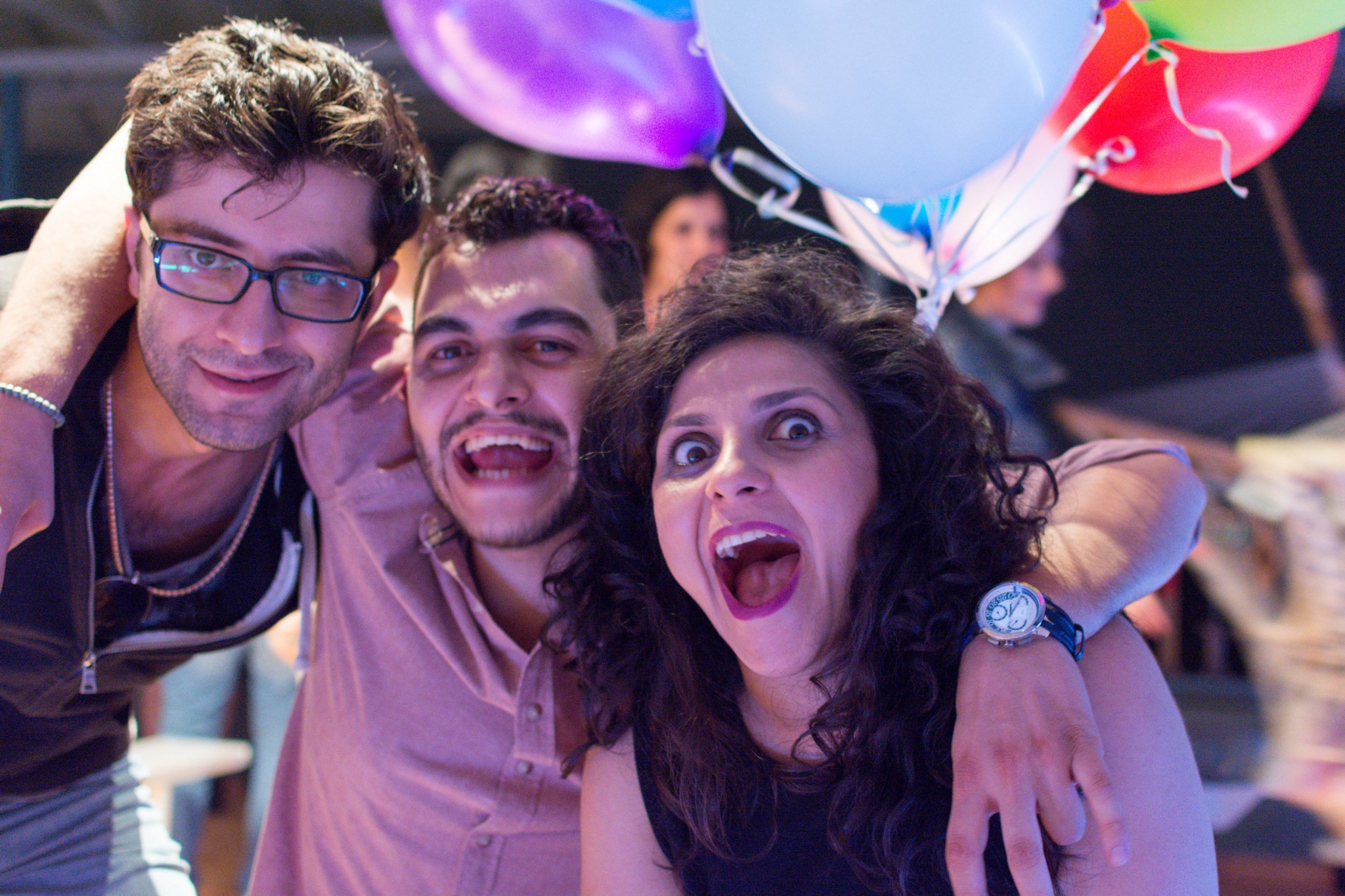 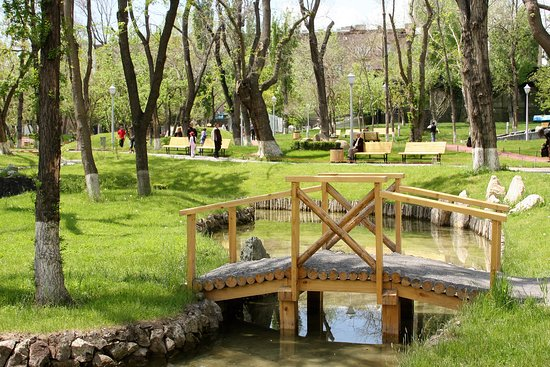 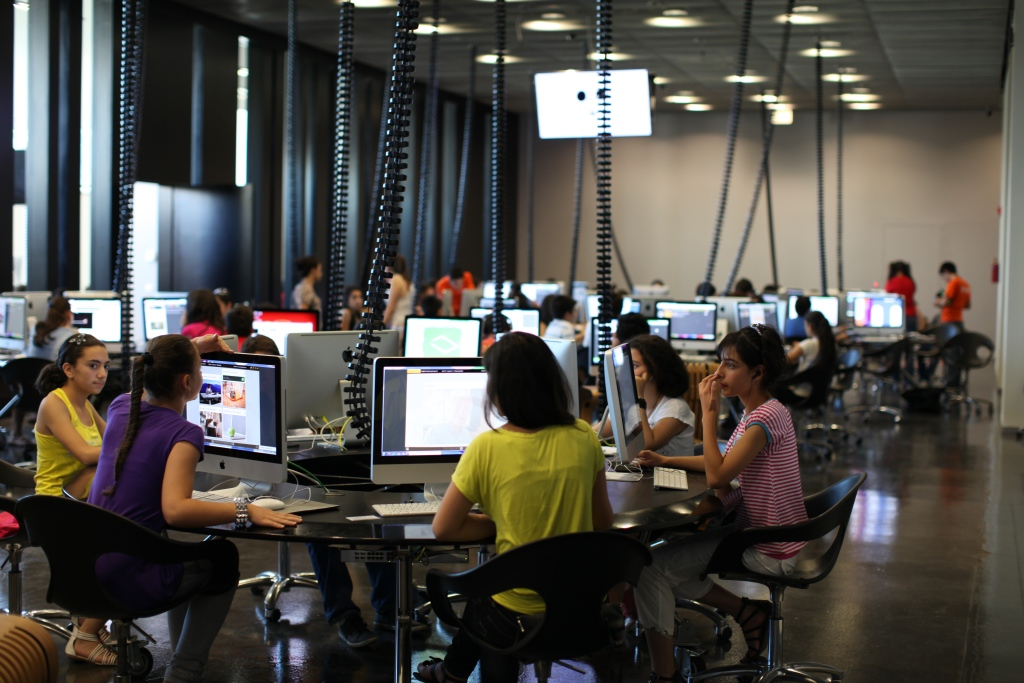 On February 17, 2018, SmartGateVC announced its first closing led by legendary Silicon Valley VC Tim Draper - a huge step towards syncing Armenia with Silicon Valley. 7 deep tech companies were backed by SmartGateVC since then.

The new Armenian government is actively cooking the concept of National Venture Fund - a fund of funds / co-investment fund to support cutting-edge tech development in Armenia. By the way, Hakob Arshakyan, the new minister curating the tech sector, is a former startup entrepreneur.

Three new angel networks were launched in Armenia in 2018. FAST Foundation announced its Science and Technology Angel Network on February 5, 2018. Among the founding angels of this network are Russia-based entrepreneurs along with Igor Khalatyan, an Armenian entrepreneur who exited his company to Oracle, Noubar Afeyan, CEO of Flagship Pioneering, and Ruben Vardanyan, CEO and co-founder of Joomag.

Business Angel Network of Armenia consisting mainly of local high net worth individuals kicked off with the support of the European Union SMEDA project. Angel Investor Club of Armenia (AICA) with mainly LA, MA, and Yerevan based angels (including Al Eisaian, Ara Aslanian, Arthur Mikaelyan, and others) also kicked off in late 2018.

On October 18, 2017, Hero House and Armenia Startup Academy (SmartGateVC initiatives supported by the European Union SMEDA project) were officially introduced to the Armenian startup ecosystem. As of now, Armenia Startup Academy is running it’s 3rd batch. During the last 1 year over 30 startups and 100+ founders were involved in the program.

UNDP runs a number of experimental pilot batches of acceleration programs for companies with social impact through its ImpactAIM Venture Accelerator.

Sevan Startup Summit followed by two other summits in Ras Al-Khaima, UAE, and Goa, India, brought together numerous Armenian and non-Armenian entrepreneurs to the shores of Lake Sevan in July 2018. Seaside Startup Holdings is yet another investment vehicle investing in promising startups of the startup summits co-founded by Russia-based media entrepreneur Arthur Janibekyan and Startup Armenia Foundation and curated by Granatus Ventures.

The HIVE Annual Tech Summit took place on October 13, 2018, with a great turnout of visitors and speakers. Speakers were some of Silicon Valley’s top venture capital funds, including Y Combinator, Kleiner Perkins, Bessemer Venture Partners, and successful founders from notable companies including Dropbox, ServiceTitan, Gecko Robotics, among others. 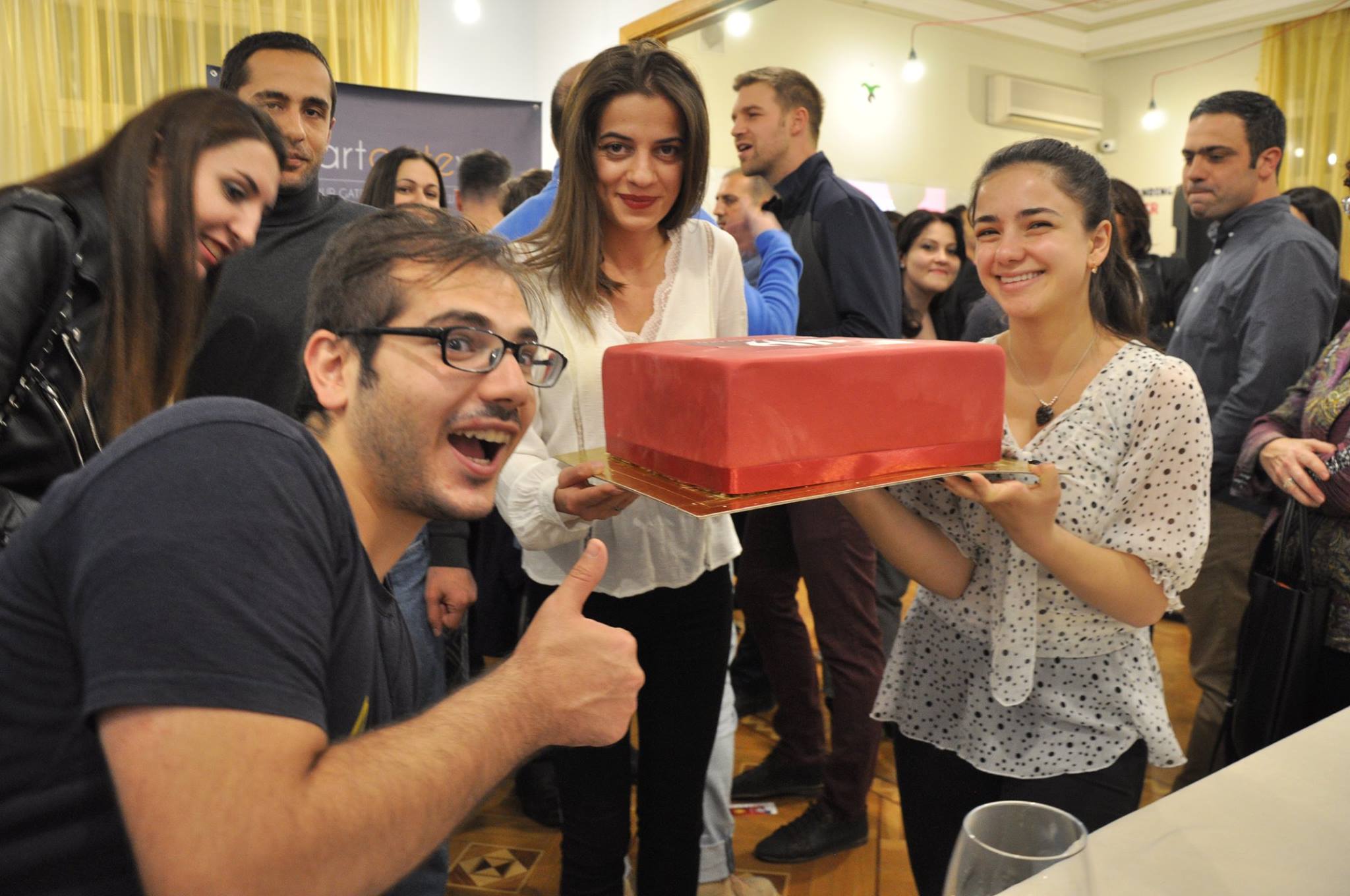 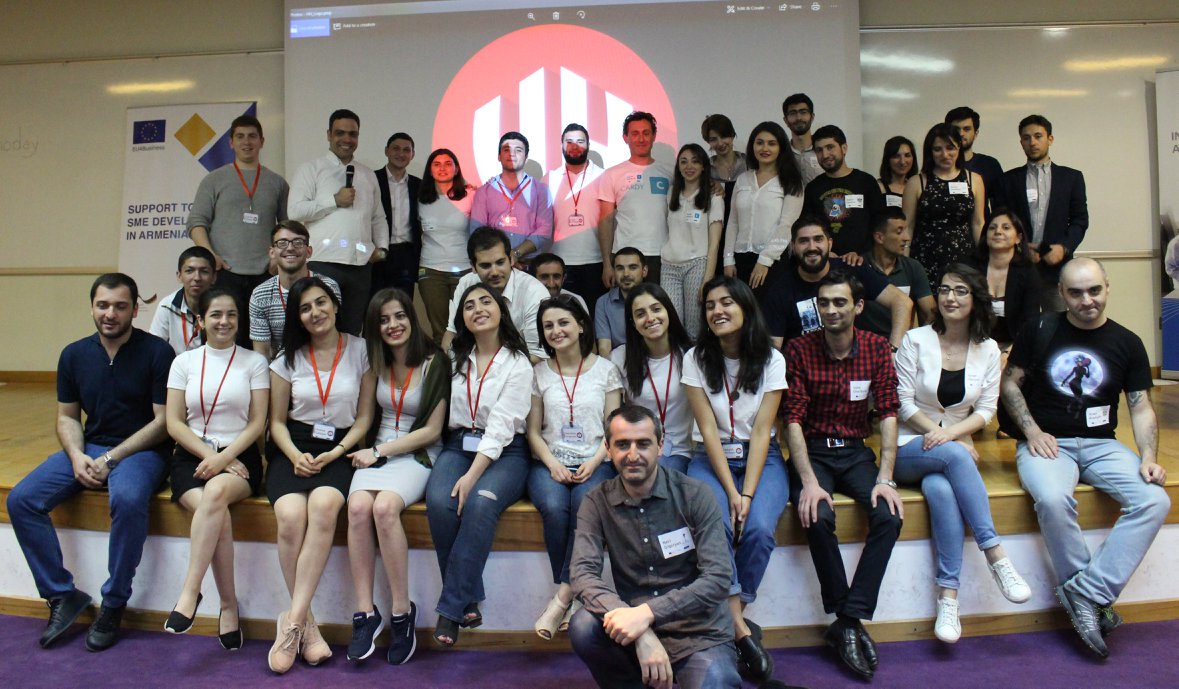 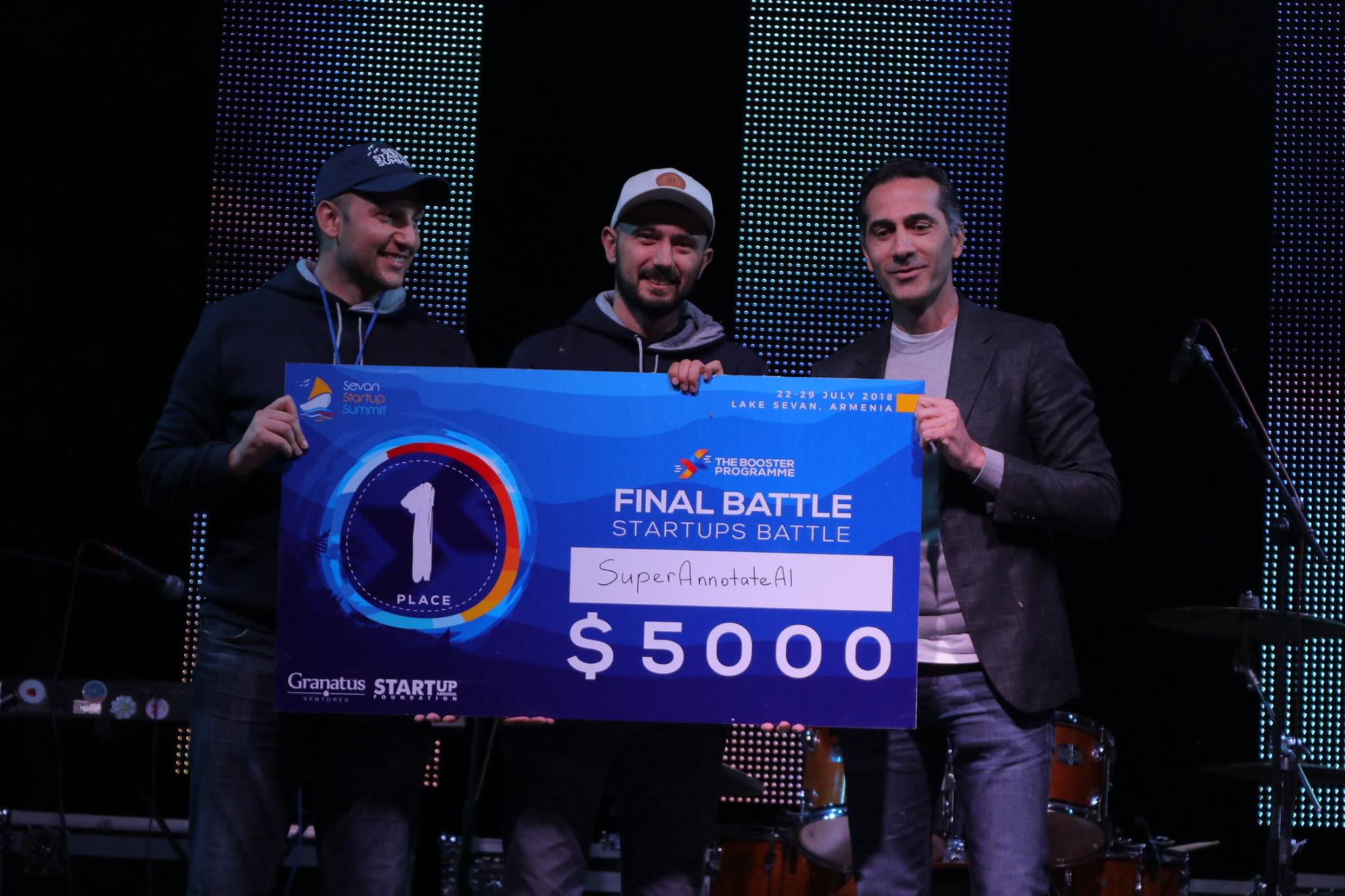 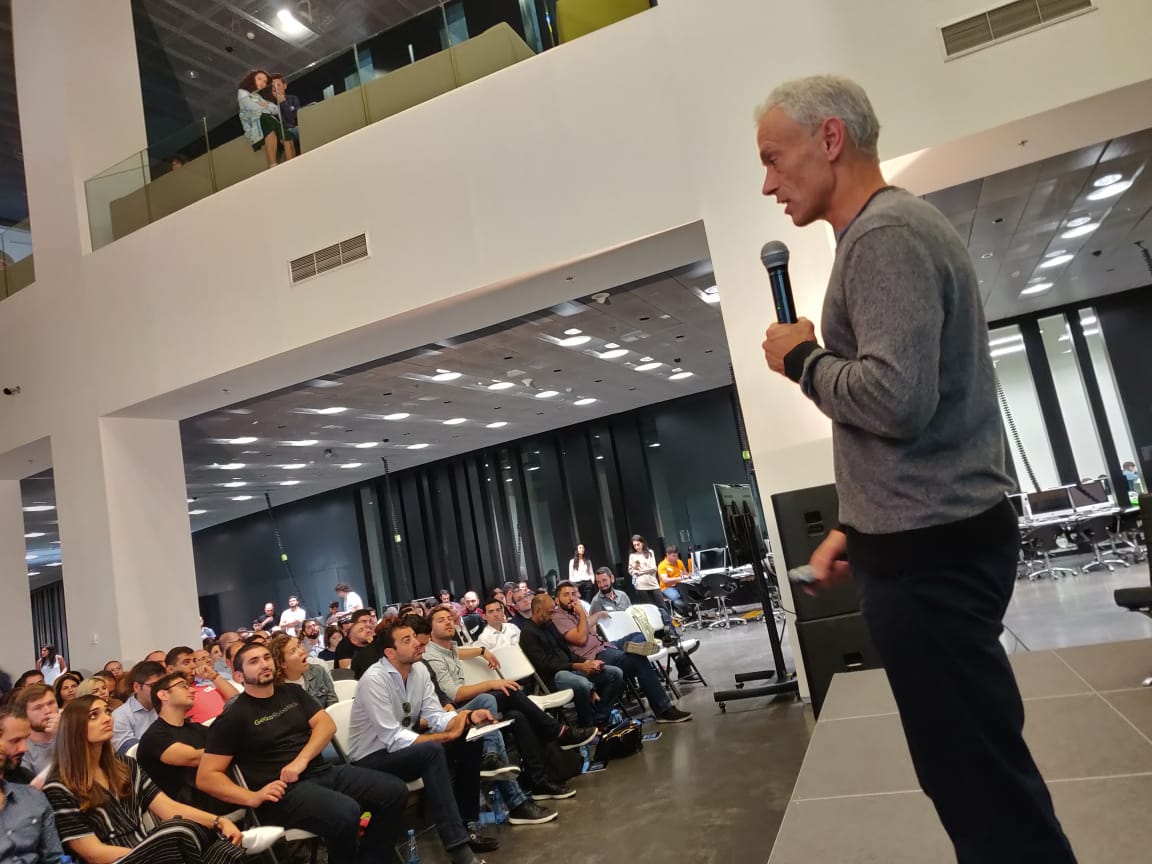 2018 in review: investment traction and key milestones of Armenian startups

Since late 2014 total of $114M of venture capital and grant financing was infused in Armenian startups (as indicated by our records), of which $4.3M grant money provided by the World Bank, EU GIZ, and the Government of Armenia (86 grants with 79 companies, implemented by Enterprise Incubator Foundation), $30.2M seed investments (63 investment rounds with 36 companies), $53.6M series A deals (8 rounds with 6 companies) and $25M Series B deals: $20M of PicsArt and $5M of Teamable. European Union is the largest pre-seed financing source in Armenia for the second consecutive year (2017 and 2018).

Sources: CrunchBase, EIF, other open sources, SmartGateVC proprietary data (as of Jan 5, 2019). Note, we define a company Armenian if it has significant R&D operations in Armenia since the early days of establishment and an Armenian co-founder is in charge of business development.

Some other key news from Armenian startups in 2018 include: 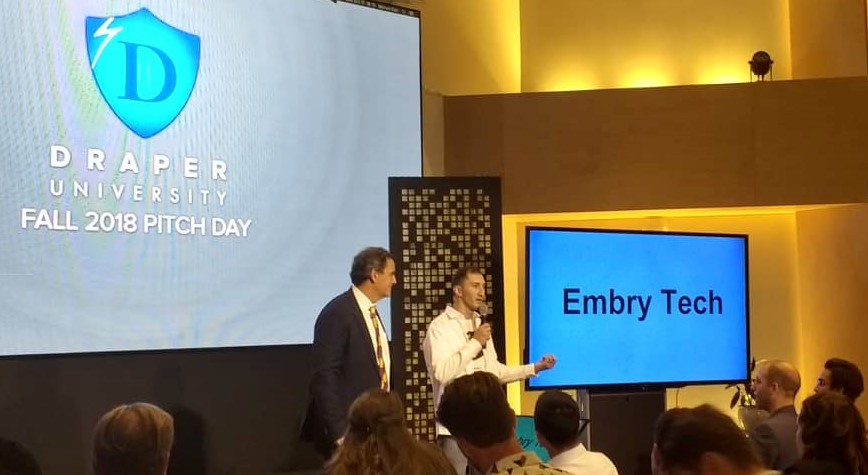 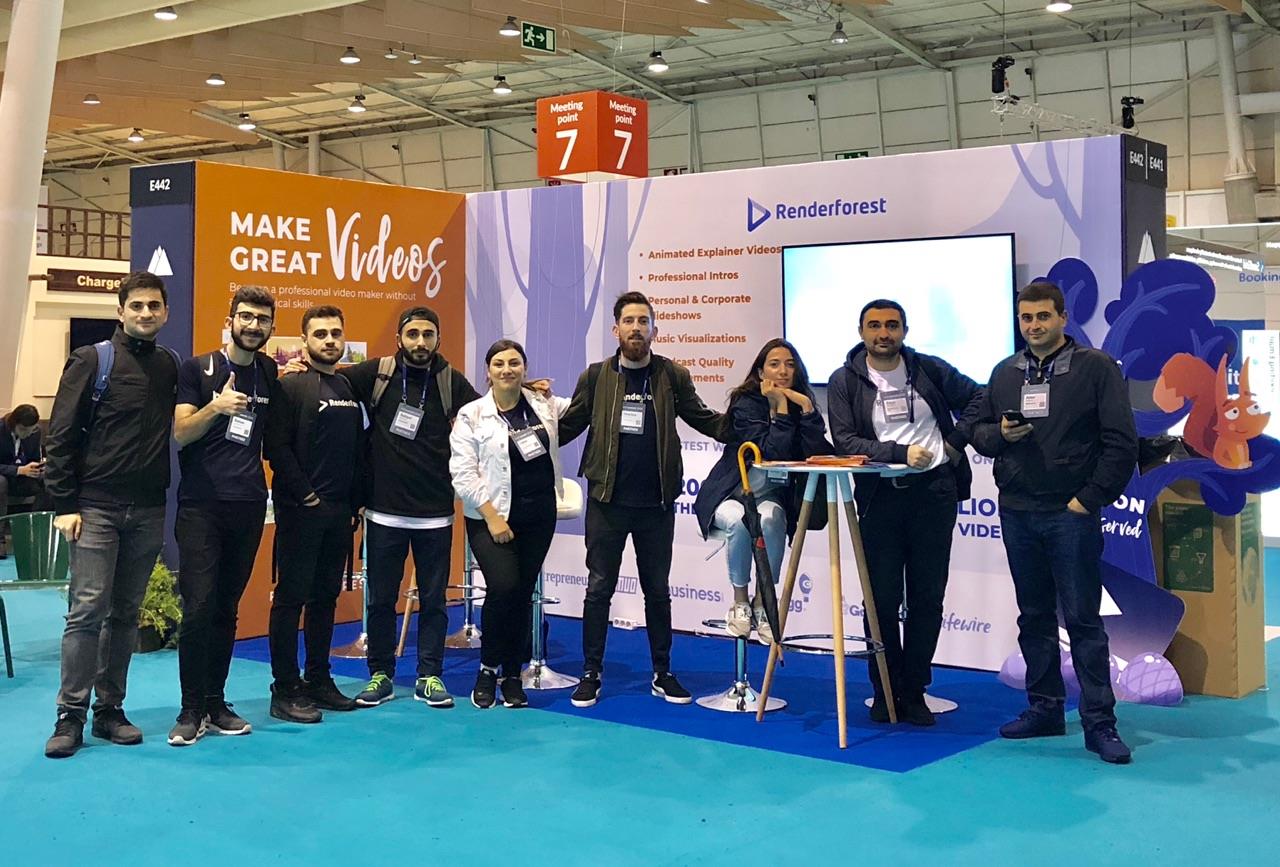 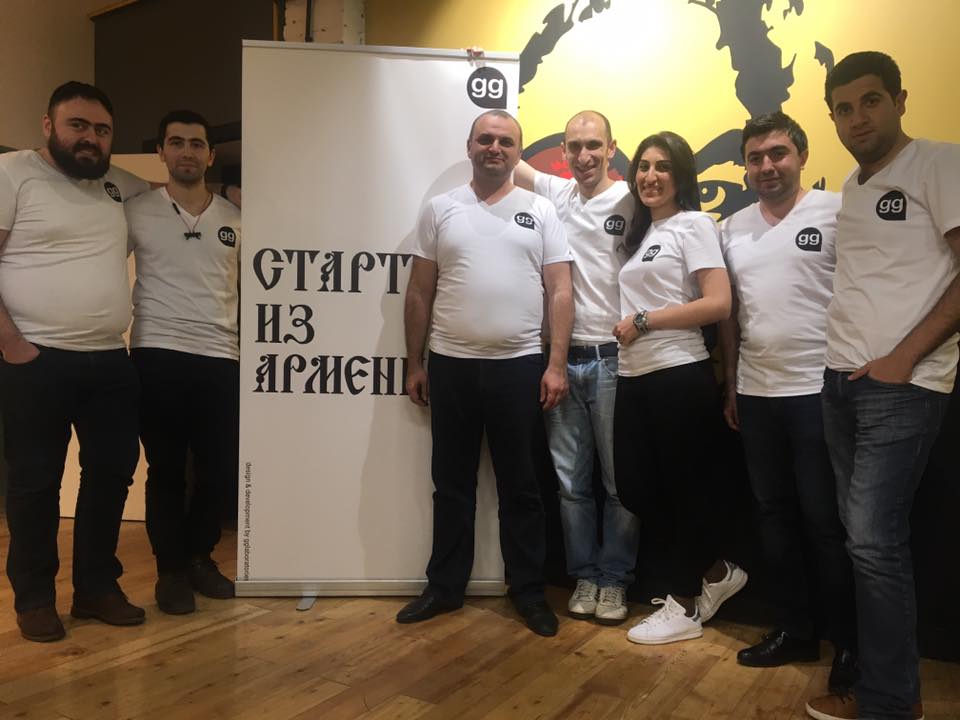 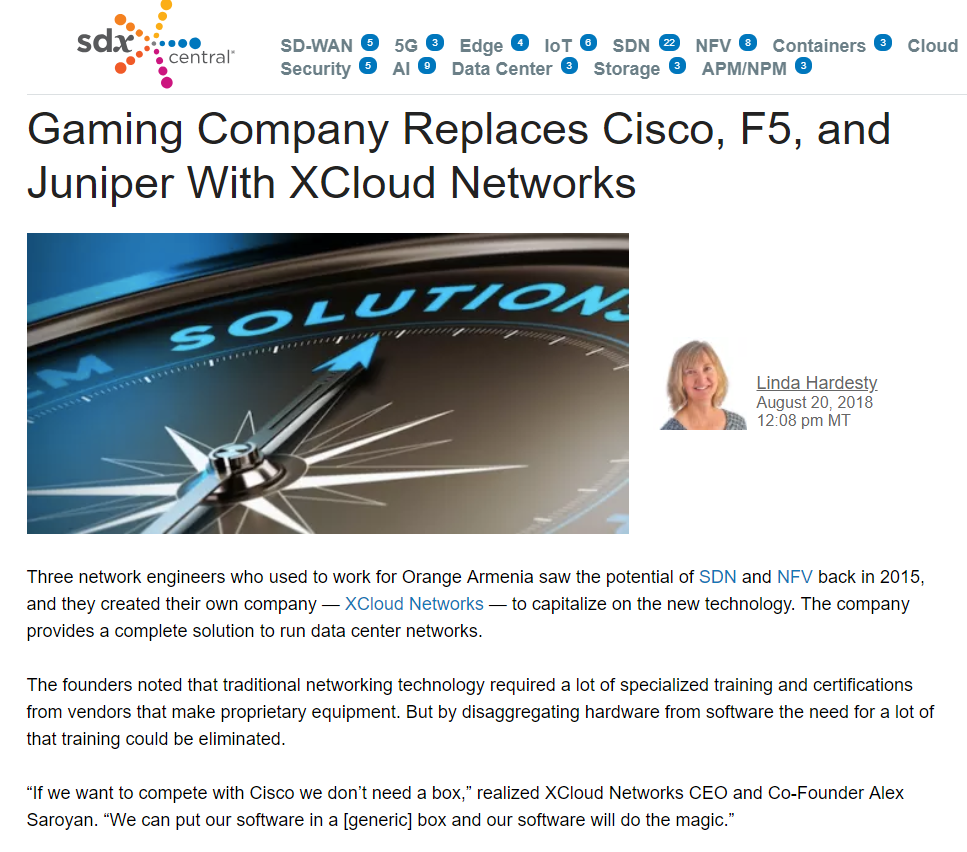 Needless to say, the Armenian tech community is proud of the remarkable progress by companies with Armenian founders all over the world:

Among the remarkable events of 2018 is ServiceTitan and DISQO setting up R&D presence in Armenia. “Ultimately, the first priority is to make business... We need experts and we’ll get them in Armenia,” said co-founder of ServiceTitan Vahe Kuzoyan when launching the Armenian office. In one of his interviews, DISQO’s co-founder Drew Kutcharian said: “We’ve always been aware of the talent pool that existed there. We are fortunate now to be able to raise $13.5M in series A this summer, which allows us to be engaged in the Armenian community in such an early stage of our company.” Los Angeles agrea based SmartClick AI also set up their R&D in Yerevan in 2018 and LA-based telecom operator ConnectTo expanded its Armenian team with 60+ engineers.

A newly emerging Quantum Computing community is being formed around Gate42 Quantum Computing Research Lab - an initiative of SmartGateVC. It started as a group of enthusiasts following an MIT course on Quantum Computing, whereas currently it’s a community of bright physicists and computer scientists actively researching quantum computing under the supervision of Hrant Gharibyan (Stanford University).

Key players in blockchain include yLedger consortium initiated by SmartGateVC together with HexDivision, Concent and Codics, as well as Nooor Blockchain Association. Zap runs its business development from Hero House in Yerevan. Each Thursday Hero House hosts Blockchain days - meetups around different topics for blockchain tech, tokenomics, and other areas of interest. Two international conferences were held in Yerevan in 2018: Armenian Blockchain Forum (April 2018) and ChainPoint18 (November 2018). The first Blockchain hackathon took place in Hero House back in January 2018.

ArmSec Foundation is one of the key players of the information security community. OWASP Armenian chapter meetups and the ArmSec Annual Conference are the key events that bring together cybersecurity professionals, top Google CTF hackers among them.

Barcamp EVN is an annual conference convening together a community of 3,000+ engineers, developers, project managers, entrepreneurs, new media activists, designers, educators, and other professionals in tech.

Science and Technology Convergence Conference brings together scientists and tech industry representatives to discuss the future of fundamental and applied research and collaboration perspectives of research institutions and tech corporations.

The time is now

Today Armenia’s tech is a hyper-growing industry with (1) a massive shift from outsourcing to product creation, (2) a generation of mature engineers who have 5+ years of experience working on cutting edge projects in multinational tech corporations and Silicon Valley startups, and (3) rapidly growing demand for senior talent in engineering and tech business development which cannot be met in the short to mid-term internally or through local educational institutions.

Now is a great time for resourceful people from all over the world to get deeply engaged in the Armenian tech community as its essential part. If you are professional in tech - find your way to get involved (#landed is one of the options), if you are an investor - don't miss the opportunity. A massive change is happening anyway, the question is - who gets what/where once it happens.

How to file 83(B) election from Europe

How to Hit the Jackpot on Product Hunt