“Great companies have secrets – specific reasons that others don’t see”. Peter Thiel (from “Zero to One: Notes on Startups, or How to Build the Future”)

Armenia is a rising star of tech entrepreneurship targeting to be one of the top among next-generation technology hubs. Think of Armenian tech as an opportunity to invest in a promising startup. It has a great team with a reliable track record and a clear focus on succeeding globally.

The Cold War left a heritage of leadership in chips design, defense electronics, and nuclear energy. Modern educational programs launching in top universities, the presence of multinational companies, and inspiring developments in setting up cutting edge research in fields of AI, quantum computing, and others gives rise to a competitive talent pool.

Why invest in Armenia now?

Armenia has retained a huge potential for technology development since 1950s, and is regarded as a hub for software development, industrial computing, electronics, and production of semiconductors. Some key pillars differentiate Armenia on the international arena for technological development:

Robotics labs are established in 15% of schools, and by 2020 all schools are expected to be equipped with such labs. Educational centers for software development and entrepreneurship skills initiated by IBM and Microsoft are hugely successful. Microsoft Innovation Center Armenia is selected as one of the top 3 out of 140 countries. Founder Institute's Yerevan chapter is in the process of launching. Chess is taught in Armenian schools from the 4th grade - Armenia ranks #3 for Chess grandmasters per capita.

The annual growth in tech has been 20-25% since 2005. 2016 was marked by 38.5% growth in the tech sector. Engineering offices of Synopsys, National Instruments, Oracle, VMWare, Cisco, Mentor Graphics, Teamviewer, D-Link, and others are contributing to the development of highly tech intensive products. VMWare’s 100 engineers in the Armenia office, for example, generate 30%+ of the company’s global revenues and 3 researchers generate 50%+ of the patents. Back in 2011 D-Link made a decision to convert its rep office in Armenia to an R&D center - the operations now successfully run out of Gyumri, Armenia.

The case of Benivo - a VC backed UK company - currently handles most of its development operations out of Armenia. When asked what the strengths in Armenia are, Nitzan Yudan, the co-founder and CEO of Benivo, mentions human capital: “Armenian engineers are hardworking, talented, flexible, business oriented and committed”.

Armenian engineers are highly technical and compete on quality. The general focus within the engineering community is on software, data, machine learning and hardware. The global diaspora network aids and reinforces the talent in Armenia by providing mentorship and access to international opportunities and connections.

Armenia leads in % of graduates from Natural Sciences, Mathematics and Statistics programmes

Technical and business culture are the pillars of the nation’s strengths: engineering has become the most in-demand major. FAST Foundation initiated by Ruben Vardanyan (RVVZ Foundation), Noubar Afeyan (Flagship Pioneering), Fr. Mesrop Aramyan (Ayb Foundation), Artur Alaverdyan, and Armen Orujyan (Athgo Corporation) was launched to revive the traditions of science and tech in Armenia through mobilizing the scientific, technological, and financial resources of the Armenian and international communities.

The government is proactive in supporting tech entrepreneurship with tech startups receiving attractive tax incentives (0% income tax, 10% flat payroll tax). The small size of the local economy leaves no other choice for local startups but to target global markets from day 1.

Armenia leads in the country rank for ease of starting a business. You can set up a company with a bank account within 30 minutes.

Some other notable facts about Armenia

The emerging generations of startup entrepreneurs

The Armenian Startup ecosystem has gone through two generations of entrepreneurs and the third one is currently rapidly taking shape.

Generation 1: The next generation emerged in late 2013 along with the launch of Granatus Ventures, the first Armenian VC, coupled with a grants scheme implemented by the Enterprise Incubator Foundation (both projects implemented with the support from the World Bank’s E-Society and Innovation for Competitiveness (EIC) project). This unleashed the potential of the entrepreneurs accumulated throughout preceding years and gave birth to companies such as:

Generation 2 and beyond: Currently the 2nd generation of Armenian startups is on the rise featuring both seasoned tech entrepreneurs and beginners who are launching companies in AI, security, hardware, AR/VR, gaming, e-commerce, and other domains. Some examples (out of very many):

The ecosystem is widely supported by the European Union. Currently, SMEDA project implemented by GIZ provides promising startups with up to €50k matching grants that are good leverage for venture investors.

HyeTech, an informal network of tech entrepreneurs, is a powerful platform for networking and advice. Launched in the Bay Area, it currently spans to Europe and Australia.

Hive, a Silicon Valley based initiative of Hirair and Anna Hovnanian Foundation, invests in Armenian startups. We - SmartGateVC - come to catalyze the ecosystem through initiating (pre) seed-stage VC funding and the Armenian Startup Academy (in partnership with GIZ/EU) targeting to level up the entrepreneurship in the ecosystem and prepare the companies to establish their presence in major tech hubs. 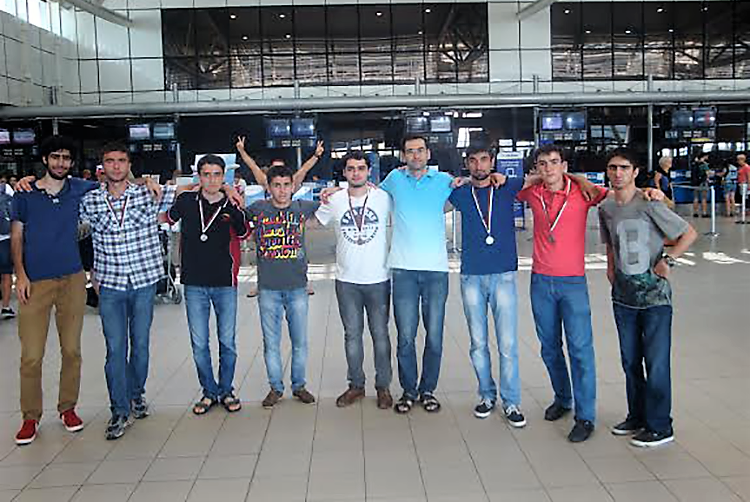 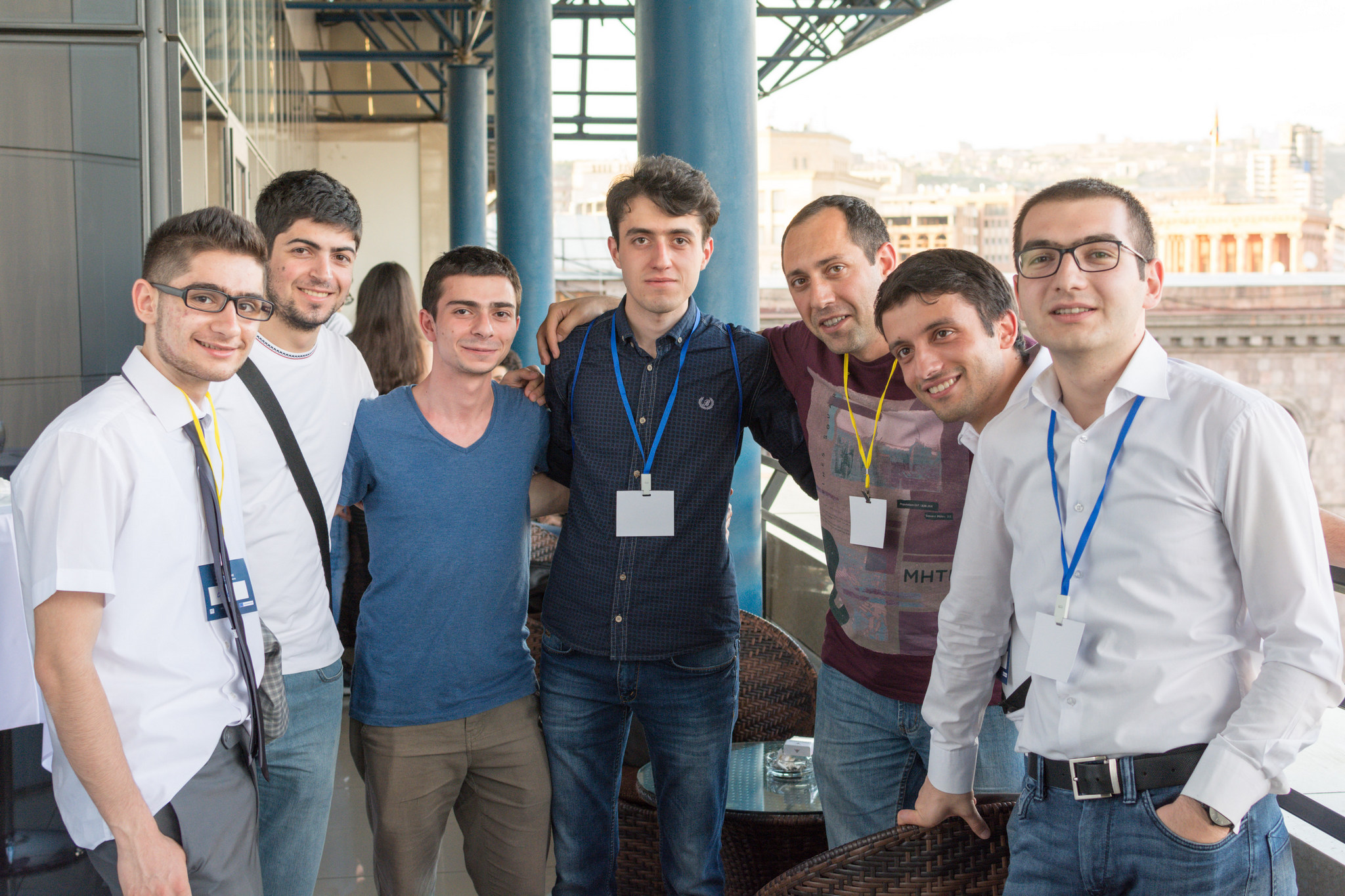 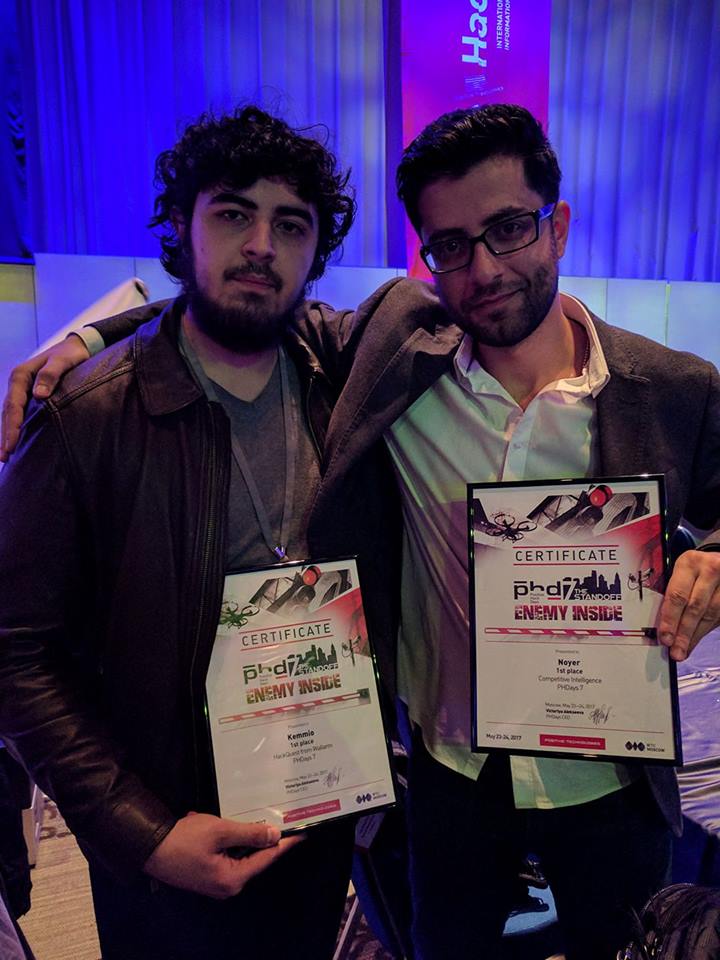 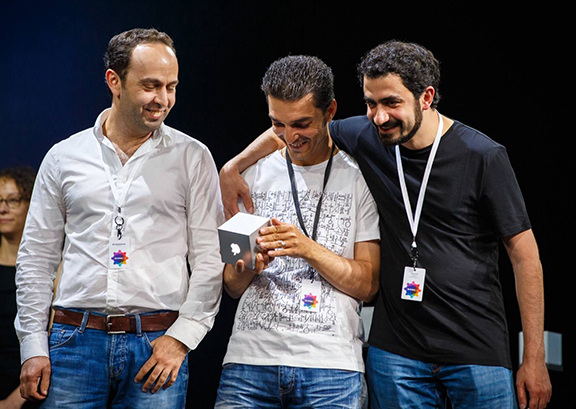 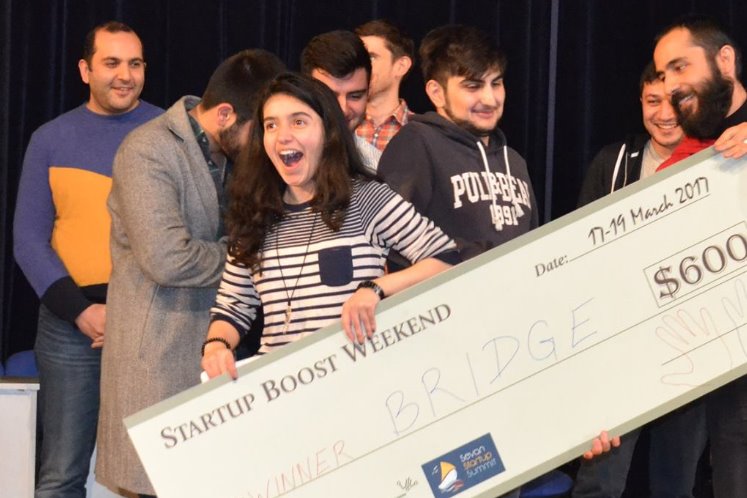 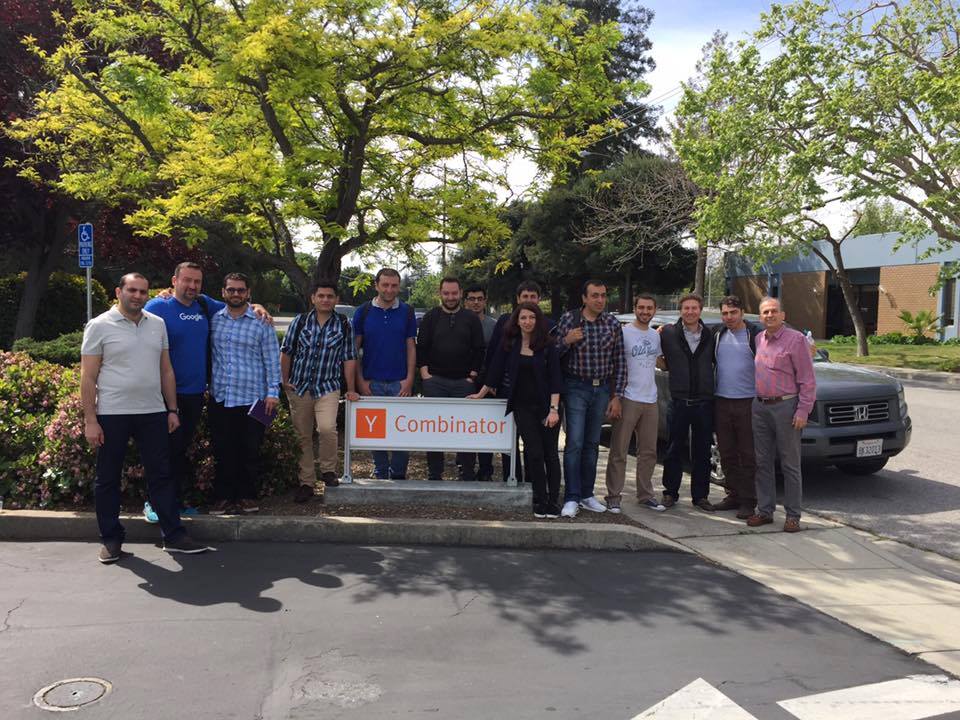 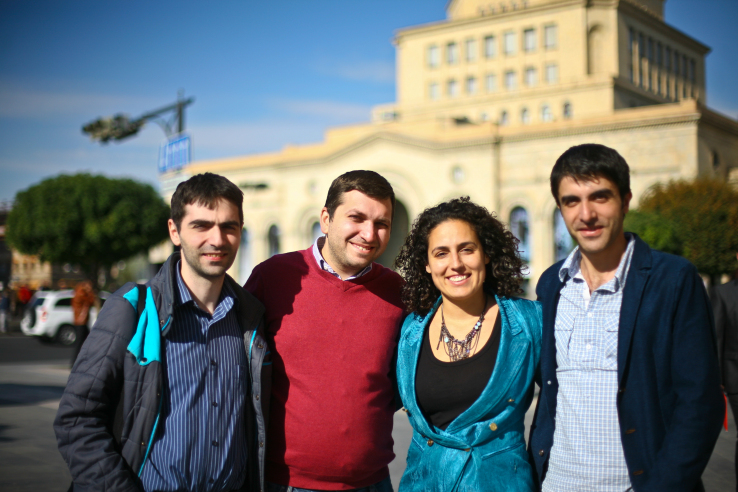 The track record of the Armenian tech ecosystem is marked with high profile exits (including those with $100m+ valuation). Unfortunately, the valuation is not disclosed for all of the cases, however, we know that most were very attractive deals for their investors. Some of the notable cases (2010 and beyond) are below:

Numetrics, a Bay Area Big Data analytics company acquired by McKinsey&Company in 2013, had an advanced and significant R&D team in Armenia.

As mentioned above, Armenian startup entrepreneurship was very sporadic and inconsistent before 2014. However, we have spotted some notable VCs investing in Armenian companies then. One of the cases is $800k seed raised by ShowMe with participation of SV Angel and Learn Capital.

The first VC investments by the newly launched Armenian VC Granatus Ventures were announced on September 26, 2014, in New York. In parallel, the Enterprise Incubator Foundation launched its grant program in December 2014. These two events were the cornerstone of launching the wave of entrepreneurship in Armenia.

Venture Investments in Armenia since 2014 Q3

Since late 2014 total of $87.6M of venture capital and grant financing was infused in Armenian startups (as indicated by our records), of which $2.1M grant money provided by the World Bank and EU/GIZ via the Enterprise Incubator Foundation (55 deals with 50 companies), $20.5M seed investments (39 deals with 24 companies), $45M series A deals (6 deals with 5 companies) and $20M series B deal of PicsArt.

The deals included investments from top tier VCs. The most notable of the deals are:

Along with the above-mentioned, there are remarkable cases of foreign companies with Armenian co-founders (the companies are eventually rooting their development in Armenia). One notable case is Vineti (with Razmik Abnous and Nerses Ohanyan, $13.75M Series A with GE Ventures and DFJ in 2017). Other cases include $18.96M Series A and $80M series B of Service Titans with Bessemer Venture Partners and ICONIQ Capital (with Ara Mahdessian and Vahe Kuzoyan); $4M series A, $8M series B and $8M series C of Epic! (co-founder Suren Markosian) with investors such as Rakuten Ventures and Reach Capital; and $10.15M venture round of Neural Analytics from Reimagined Ventures (with Leo Petrossian); and others. Many venture-backed companies have Armenian CTOs / tech cofounders heading the development team in Armenia, e.g. Buymie from Ireland (seed with Unilever).

The greatest breakthroughs of tech often spring out of unlikely places and in spite of skepticism. Stories of this are well-known throughout the tech community and range from Steve Jobs and Steve Wozniak creating the most valuable private company in existence in a garage in the 1970s, to the creation of the world’s largest social network in a university dorm room. Some might say it is far-fetched to assume that Yerevan is on the verge of becoming a major tech hub. However, those who do believe in the potential of this vibrant community can surely expect abundant rewards.

How to file 83(B) election from Europe

How to Hit the Jackpot on Product Hunt